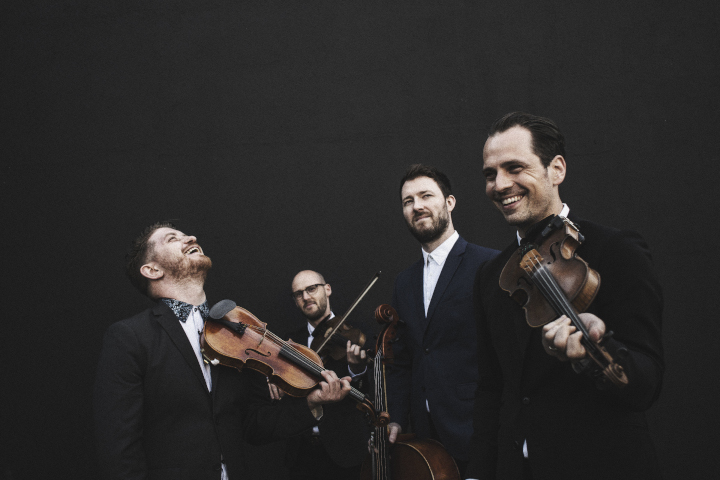 Juno award winning quartet, The Fretless, is an essential player in the emerging movement mainstreaming traditional folk music. Through their deconstruction and transformation of the usual rhythmic, harmonic and structured arrangements of fiddle styles around the world, The Fretless is pushing traditional music to a new place, and has now issued itself an atypical challenge in the mission to find and convert fans unfamiliar with “progressive” traditional music. The Canadian fiddling foursome is a force on stage–their infectious and playful energy leaving their audience hard-pressed to remain seated.