We are based in the northeastern United States with a petite team of enthusiastic and knowledgeable individuals in the US and Canada who are passionate about the music we sell. Whether Celtic, global roots, or jazz, we curate a list of outstanding touring artists that will enliven your festival or performing arts season.

We are collaborative in spirit and in action. 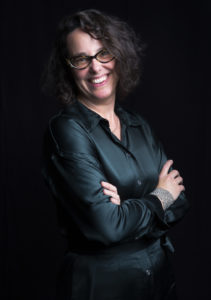 Danielle is passionate about all forms of traditional dance and music, especially Celtic and French rooted forms, with a special affinity for vocal traditions, having trained in classical voice herself. She dances competitively in Scottish Highland, and is an active participant in step dancing and social dance in Canada. She hosts house concerts and workshops in her personal studio space, The Ceilidh Barn; is a former board member and Treasurer with Young Tradition Vermont (2017-2021); board member with OAPN; board member with Halcyon Arts; and co-Artistic Director with New World Festival. Having built a strong foundation working in the arts as a booking agent with the world leader in global roots music representation, coupled with her experience in development and administration for theaters, she is uniquely poised to represent artists with integrity and an honest, collaborative approach.

Eric McDonald grew up in the Boston area and studied mandolin performance at Berklee College of Music, eventually discovering DADGAD guitar. He is a multi-instrumentalist and singer with several projects involving fellow internationally-touring musicians. Over the past ten years, he has performed at festivals, camps, theaters and concert series across North America and Europe, with acts such as Cantrip, Kalos, The Outside Track, Daymark, the Chris Norman Ensemble, and accompanied renowned fiddlers Andrea Beaton, Wendy MacIsaac and Katie McNally. In addition to his own musical endeavors, Eric is an avid lover and follower of traditional and world music. A decade of managing and booking his own projects has well-prepared him for his work as an agent. He is honored to be among the musical and administrative team at Canis Major Music.

April grew up in the heart of the Ottawa Valley in Ontario, Canada.  She was immersed in the local step dance and fiddle tradition from an early age and by the time she was ten years old had decided she would pursue a career in music. After attending Berklee College of Music, April began her full time touring career and has since performed around the world, including festival, theatre and performing arts center appearances in 18 countries and 3 continents.  A passionate educator, April presents workshops, masterclasses, and lectures as part of her tours and at selected music camps, and teaches private zoom lessons between tours.  She’s released 14 recordings, an instructional step dance DVD, a book of original fiddle tunes and a Canadian Fiddle Method book for Mel Bay Publications.  While leading her own band, April learned out of necessity and eagerness, to wear nearly every hat that gets worn in the music business.  April is very excited to contribute some of those skills to the Canis Major Music team and roster (and we are very fortunate to welcome her!).  Her years of experience in the business paired with her honesty, sincerity, attention to detail and amazing organizational skills make her a pleasure to work with.  She looks forward to meeting you! 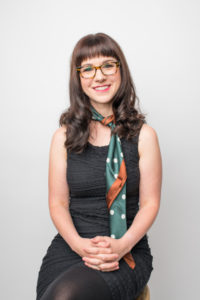 What’s in a name?

Canis Major is the dog star constellation, meaning “the greater dog” in Latin. This constellation contains the brightest star in the Milky Way, Sirius. We like to think we are home to some of the greatest and brightest musical luminaries. We are also animal lovers, so our constellation of choice had to reflect that. Artists from CANada also make up a MAJORity of our roster, so that’s what’s at play in our name.