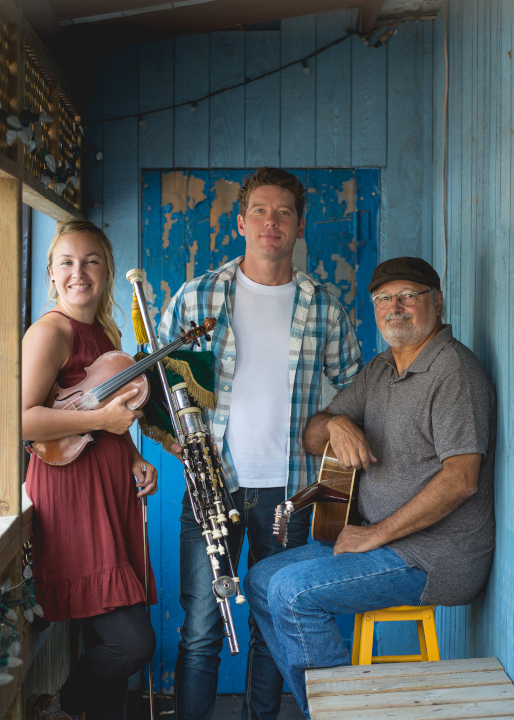 The traditional music trio Grosse Isle was born out of the “absolutely magical” collaboration between three exceptional musicians from Quebec and Ireland (The Irish Music Magazine). Together, Sophie Lavoie du Lac-St-Jean (fiddle, piano, vocal), the legendary André Marchand (guitar, vocal), and Fiachra O’Regan, Irish champion (Irish bagpipes, whistle, banjo) shine with their rich and enveloping music. These musicians all have a national and international reputation–as a duo mainly in the case of Sophie & Fiachra, and within several groups for 40 years as far as André Marchand is concerned (La Bottine Souriante, Les Charbonniers de l’Enfer and others).

Fusing Irish and Québécois traditional music with original compositions, Grosse Isle are a harmonious blend of the two cultures, the authenticity and the immense talent of the artists giving a sublime result. From laments to more rhythmic songs, reels, and jigs, their concerts are varied displaying the many-colored repertoire of the band’s unique artistry.