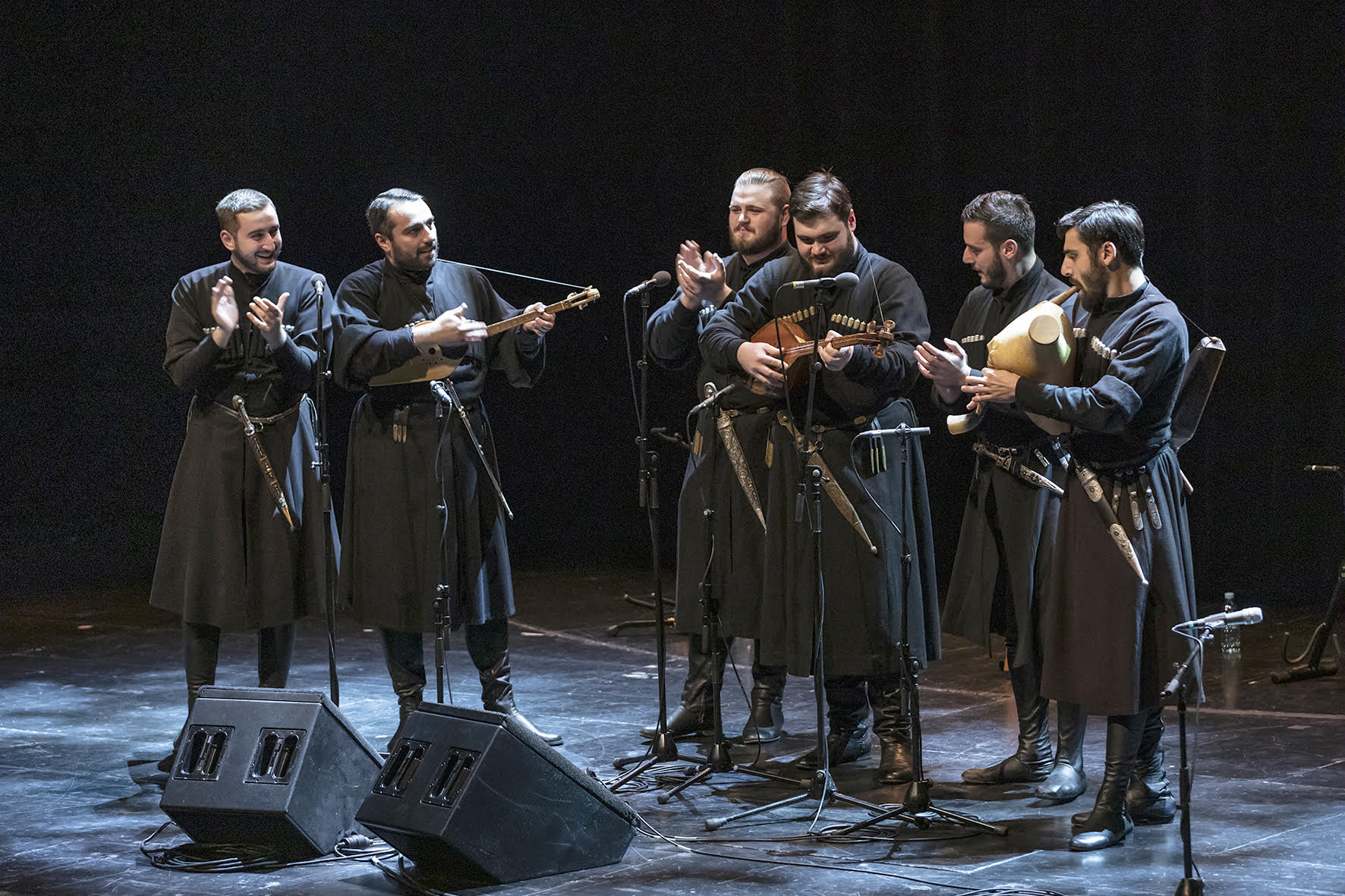 In the mountains and along the coasts of Georgia, the ancient country that straddles the Caucasus Mountains, songs have echoed for centuries. Villages and regions developed their own distinctive approaches to melody and harmony, to style and timbre.

These songs ring on, finding new life in the rich voices of Iberi. The 6-person ensemble channels Georgia’s multitude of sounds, exploring the emotional potential of age-old vocal polyphony and traditional instrumentation. These are songs so beautiful and unique that they were launched into space on Voyager 2’s golden record and declared an intangible cultural treasure by UNESCO.

Haunting at times, uplifting and energizing at others, this culturally unique choir delivers a powerful performance that will bring listeners back in time. For Georgia, the birthplace of wine, is where wine grapes were first gathered, the first supra feasts were held (a tradition that continues today), and where warriors and heroes were exalted in speeches and songs that live on today. Iberi are a magical spectacle on stage, whether performing outdoors in natural surroundings, grand houses of worship, or on intimate performing arts stages.

6 on stage (including dancer)