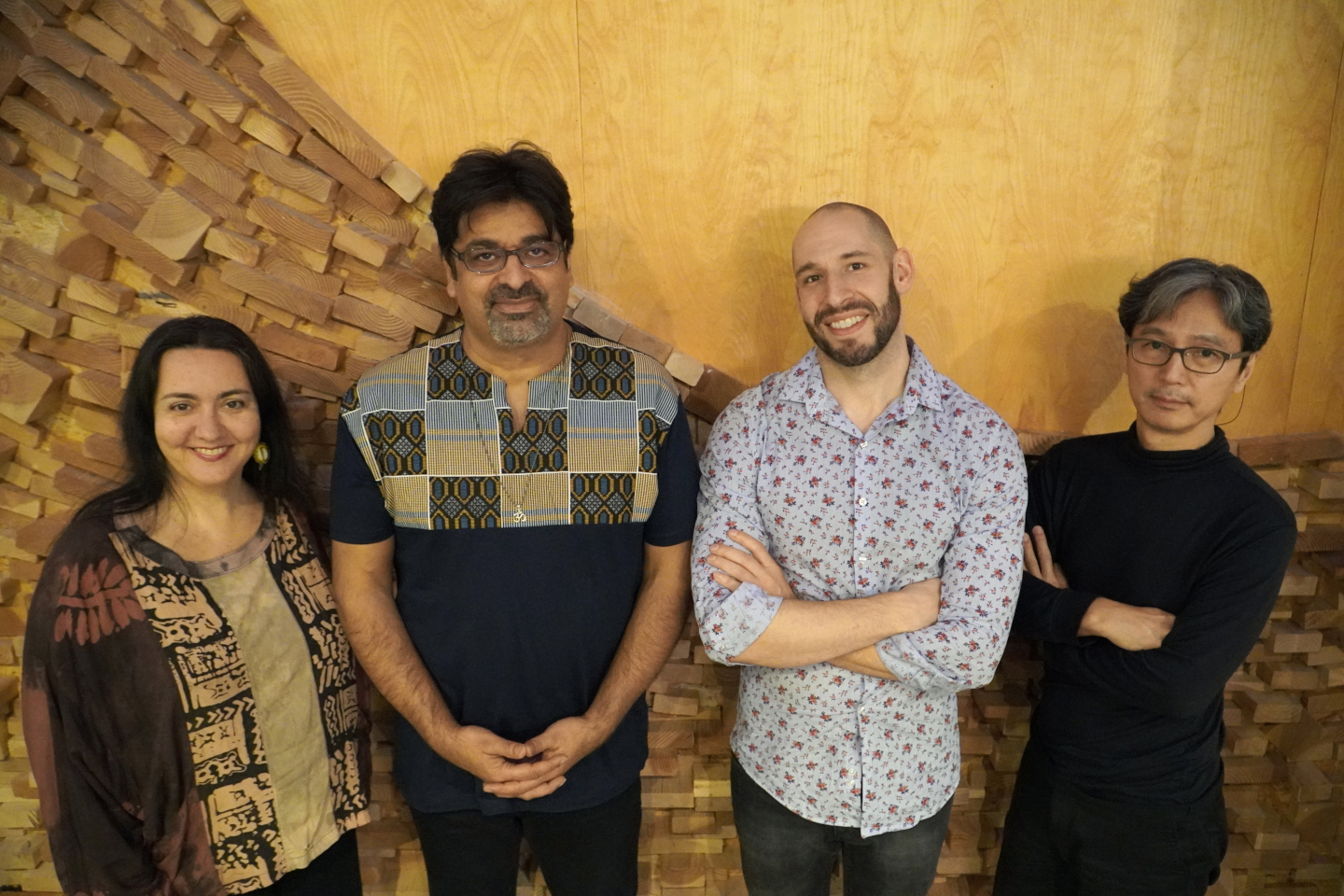 Guggenheim Fellow (2021), voted #1 Rising-Star Guitarist in the 2013 DownBeat Critics Poll and subsequently placed in the “Top-Ten Guitarists” alongside luminaries Bill Frisell and Pat Metheny, guitarist and composer Rez Abbasi is one of the most original voices on the current scene.

Born in Karachi, Pakistan, removed at the age of four to the vastness of Southern California, schooled at the University of Southern California and the Manhattan School of Music in jazz and classical music, along with a pilgrimage in India under the guidance of master percussionist, Ustad Alla Rakha, Rez Abbasi is a vivid synthesis of all the above stated influences and genres. Making New York home for the past 25 years, Abbasi is considered by many to be one of the foremost modern jazz guitar players the world over. He has performed and recorded with many jazz greats including, Grammy winner Ruth Brown, Peter Erskine, Kenny Werner, Barre Phillips, Tim Berne, Michael Formanek, and a host of other luminaries.

Abbasi’s latest project, Naya Baaz, is a co-led group with sitarist Josh Feinberg and features Jennifer Vincent on cello and Ernie Adams on percussion. Drawing on influences from Indian classical music, Jazz and Western classical traditions, Naya Baaz is a groundbreaking new collaboration. Originating from the Urdu language, the group’s name translates as “new bird,” which embodies the innovation and freedom present in their music. The members of this group are as diverse as the music itself, which blends different perspectives, experiences and sounds to create something utterly unique–aligning modern Western harmonic structures with Indian classical melodic and textural content is only one of the salient features of their versatility.