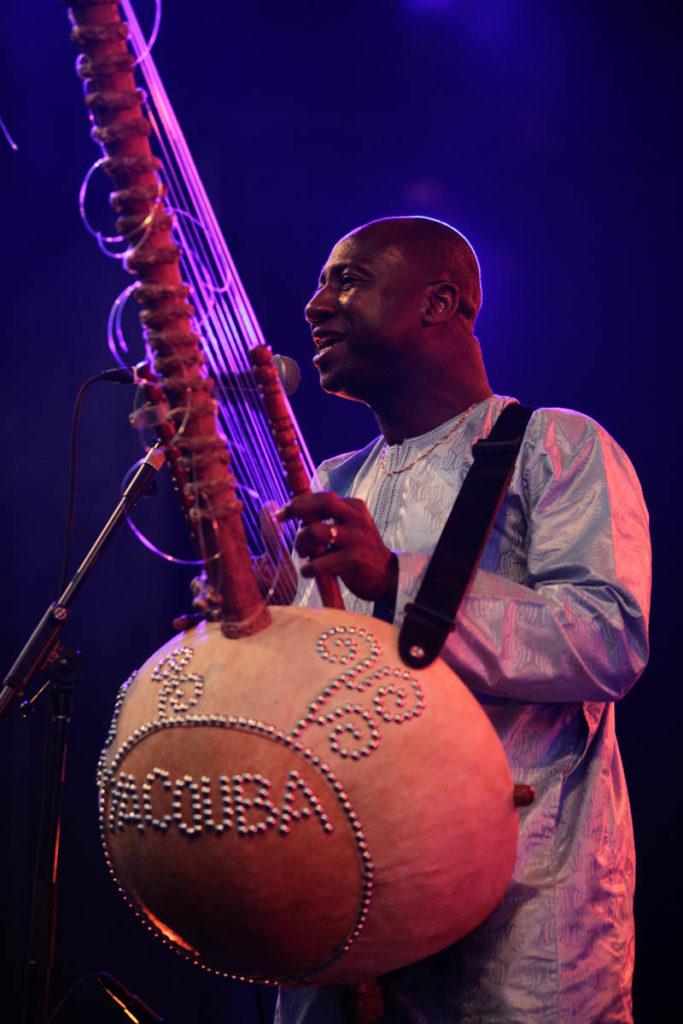 Master kora player Yacouba Sissoko devotes his musical gift to expand the awareness of West African history and culture, spread the word of peace, and empower his listeners to take charge and realize their imagined futures. His performances have a magical effect on audiences as he skillfully transforms traditional songs and stories that he learned from his forefathers into modern day messages of peace, love, and harmony.

Yacouba exposes new audiences to the enchanting sounds of the kora—a 21-stringed instrument that is plucked and produces a distinctive sound that is quickly associated with West Africa. Throughout West African history, the kora was played as a solo instrument by djelys, or storytellers, whose roles in society were to perform for kings, nobility, and village chiefs. The songs sung by djelys were stories that had been passed down from generation to generation, and captured the oral history of the people and culture of West Africa describing social life, cultural identify and family backgrounds.

Yacouba also leads his own band, SIYA, meaning “source” in Bambara. The sound of SIYA represents the breakthrough of the past few generations of Western African musicians who have opened up this musical experience to new audiences, incorporating additional instruments and spanning musical genres. The other instruments of SIYA include the N’goni, a traditional guitar that was used by griots during the Manding Empire prior to the kora; the “talking drum”, a small drum held on the shoulder of the player and hit with a curved stick or the hand to mimic phrases of the human voice, requiring great dexterity by the player; the calabash, that is easily recognized by its deep resounding bass sound frequent to West African music; and an acoustic guitar and/or trumpet both of which adds to the more modern approach.