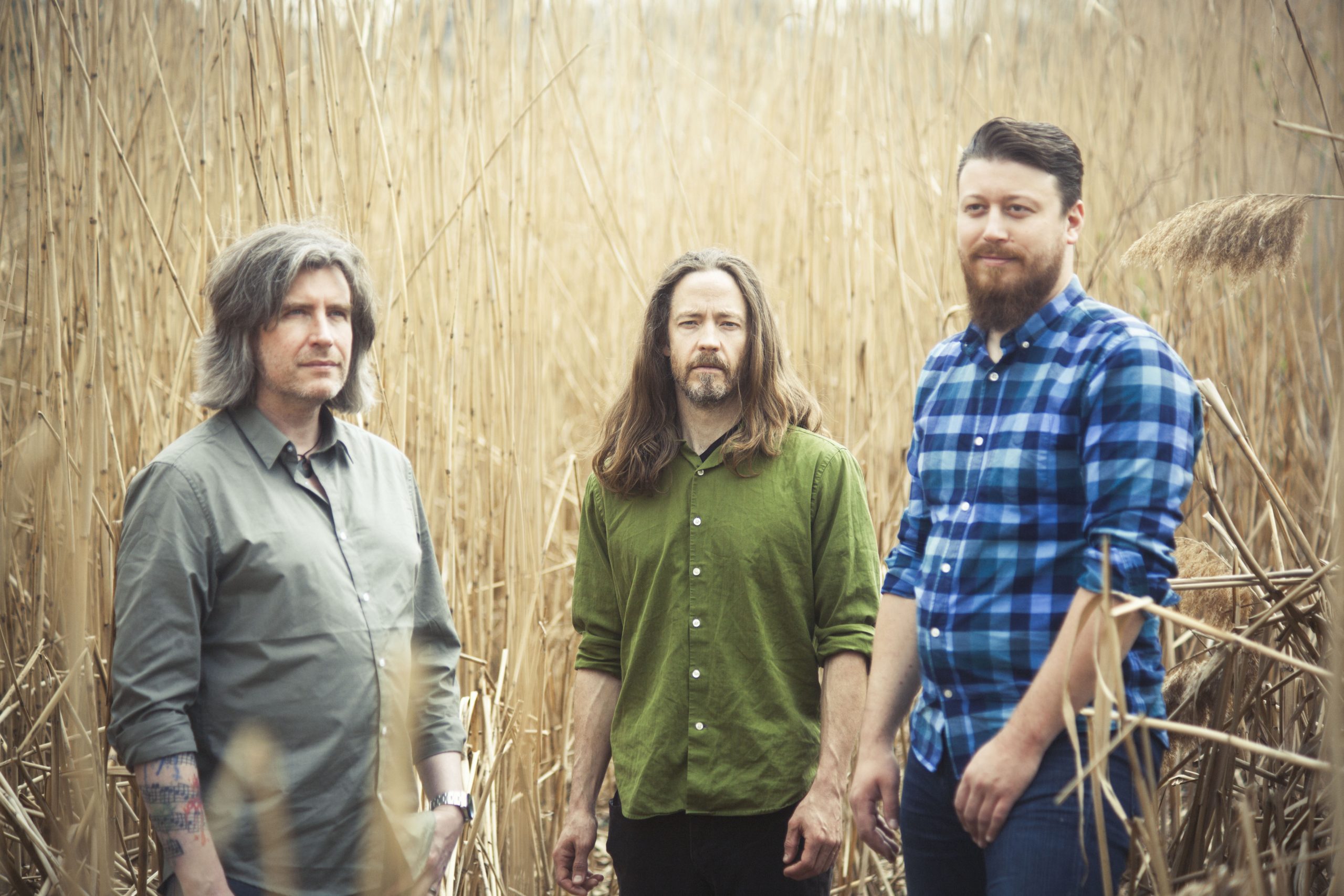 The name Cantrip is an Old Scots word meaning a charm, magic spell or piece of mischief and it aptly describes the unexpected twists and turns in their musical arrangements, likewise the compelling potency of their musicianship. Swirling border pipes, raging fiddle, thunderous guitar and three rich voices blend to create a sound energetic enough to tear the roof off. After 20 years of touring, Cantrip has found a character like no other. Echoes can be heard of trad music from the 1960s and 70s, but the years have slowly infested their music with the sounds of funk, metal, bluegrass, swing, and even klezmer. Dan Houghton, Jon Bews and Eric McDonald stir the elements in a witches’ cauldron, slowly coalescing into chaotic order.

The three are the closest of friends, and it is this friendship that has cemented the band’s musicality through the years and across ponds. Dan began his career with the whistle at age seven and started playing bagpipes in the early nineties, proceeding to win the Scottish Lowland and Border Pipers’ Society Open Borderpipes and New Composition events (multiple times), as well as the Maitre de Cornemuse at St. Chartier. He is also an accomplished player on flute, bouzouki and DADGAD guitar. Jon is a veteran fiddler, having started at age four. A prizewinning graduate of the Royal Conservatoire of Scotland in 1994, he has performed and recorded with a diverse roster of artists. Eric studied mandolin and guitar at Berklee College of Music. He cut his teeth playing for contra dances in New England, where he can still often be seen from the dance floor, in addition to his work with Cantrip.