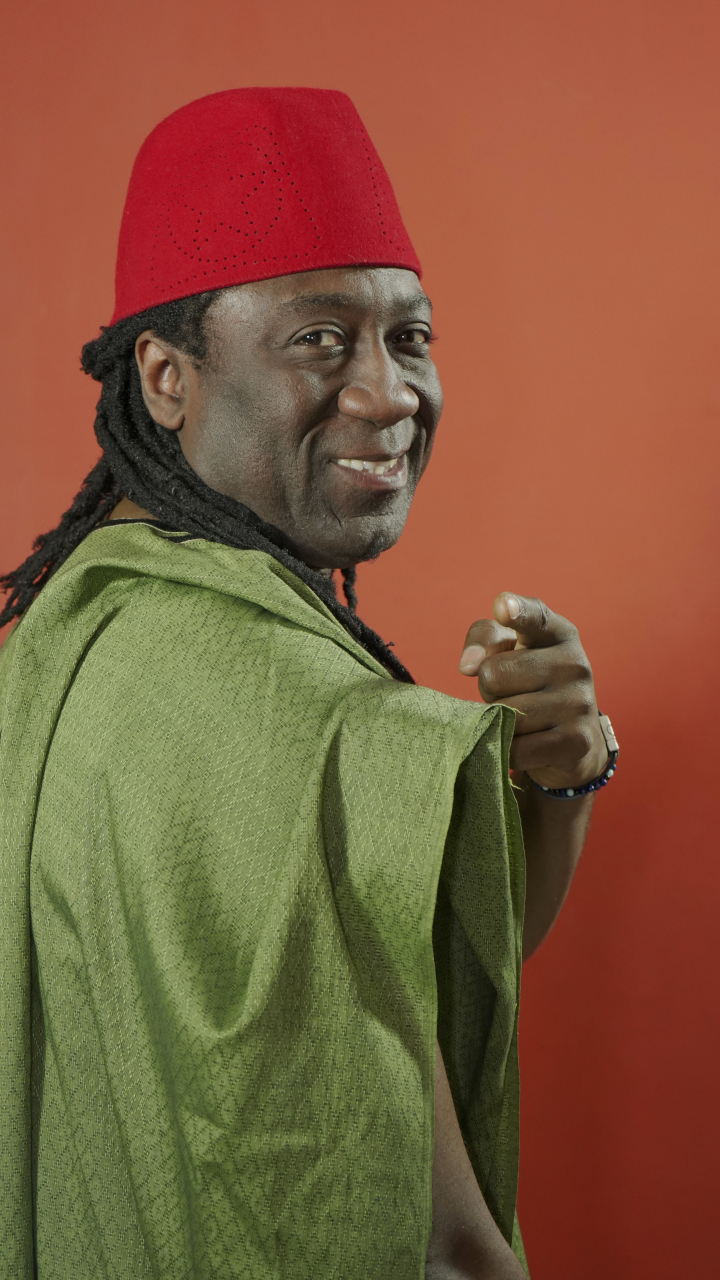 Master percussionist of Senegalese origin, singer-songwriter Élage Diouf uses the musicality of his mother tongue, Wolof, to invite listeners to follow him towards a universe of dance rhythms where everyone is invited to participate. Élage moved to Canada in 1996 to expand his musical career, one that continues to flourish today.

His music–a hybrid of pop, world, blues, folk and asiko–is at the artistic crossroads of artists such as Carlinhos Brown, Peter Gabriel and Andres Cepeda. Due to the musicality of his native language, he sings mainly in Wolof. Sincere in his artistic approach, charismatic, authentic and simple, both in real life and on stage, people love him, and above all, he loves people. His performances are noted for his ability to involve the public, dancing and singing, both in the audience and those he invites on stage with him. His unique and warm timbre of voice, combined with his myriad of cultural influences, make him a unique artist.