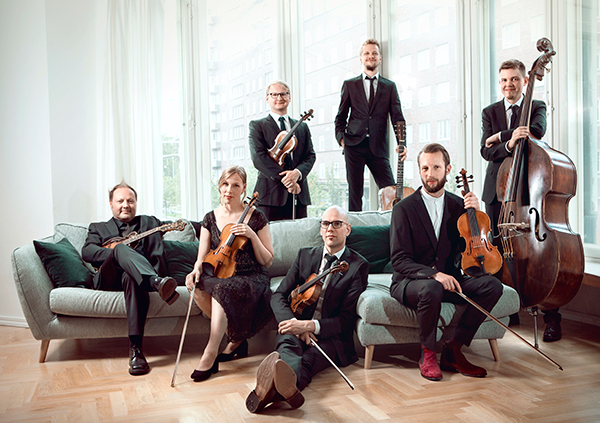 One of Finland’s hottest musical exports, the sizzling Nordic septet have carved themselves a top notch in folk with their heart-bursting, life-affirming, feelgood tunes and immaculate precision musicianship. Named after the Norse goddess of love and fertility, this exquisite lineup has been credited with creating their own captivating style of music — Nordgrass, fusing Nordic folk and American bluegrass — which has found widespread appeal among folk, world and classical music fans alike.

FRIXX is their first album since 2017’s Frost on Fiddles — Songlines ‘Top of the World’ album, and 2012’s highly acclaimed Polka V — Finnish Folk Album of the Year and a nominee for the Teosto Prize. This prestigious award is handed out annually by Finnish composers — recognizing the fact that Frigg almost exclusively perform their own infectious original tunes.