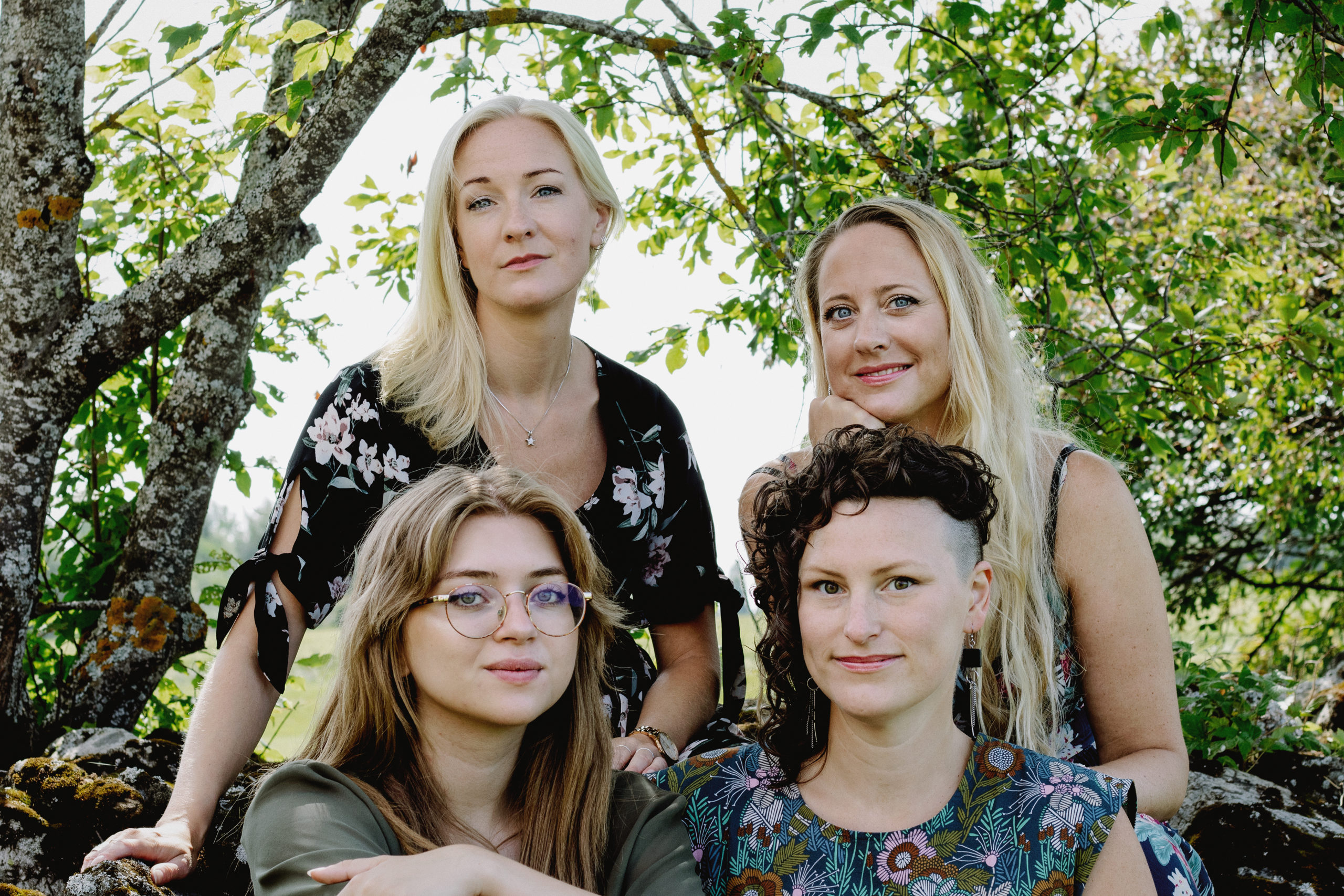 With their voices moving together in tight harmony or intertwining in a whirling tempo, the highly acclaimed “Folk’apella” vocal group, Kongero, draws traditional Swedish music out of the past and into the present, taking the listener on a fabulous Scandinavian folk musical journey. Blue notes, amazing vocal polyphony … groovy, powerful, and intimate at once.

Since its formation in 2005, Kongero has toured the world (Europe, North America, and Asia) and released five studio albums. Their music has been sampled, appeared in movie productions, and recorded on a Naxos gold compilation album. In 2021, bandleader Emma Björling was named a “folk Hero” with the Swedish Folk Music Awards.