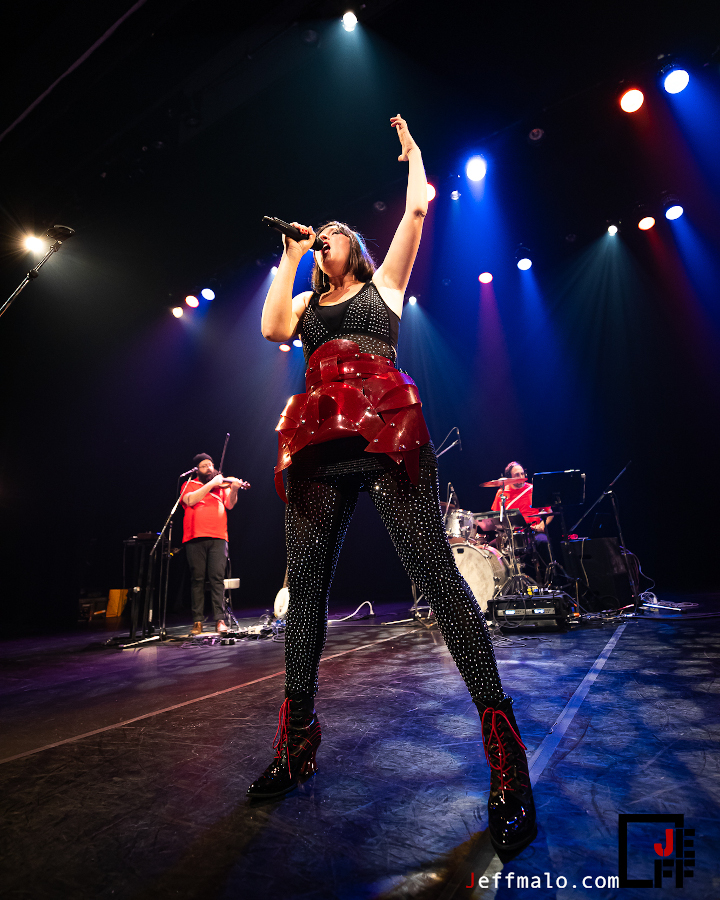 Here is the recipe for Mélisande [électrotrad]’s award-winning cocktail: pour equal parts of centuries-old traditional Québécois songs, state of the art electronic instruments and relentless drums, add an ounce of fiery fiddle, peaty flute and hypnotic jaw harp and a hint of full-bodied bass. Shake vigorously, garnish with a sparkling singer and serve on stage!

Mélisande [électrotrad] offers an energetic blend of traditional music, pop and electro with a mix of acoustic and electric instruments, vocal harmonies and programming. Formed by Mélisande and her husband Alexandre ‘Moulin’ de Grosbois-Garand, the duo offers a fresh artistic proposal to the folk-world-trad music scene. Their fourth album Flash de mémoire presents a mix of traditional classics as well as covers from famous Québec artists. Greatly acknowledged by the critics here and abroad, the duo won a Canadian Folk Music Award and two Independent Music Award as well a being nominated at several other awards. The band performed over 250 concerts in Canada, the United States, France, Spain and Australia.

Mélisande [électrotrad] cleverly enlivens the songs of their ancestors in a way that invites youth culture to participate in something old made new again. “A creative fusion of tradition and innovation that honors the past while re-interpreting it for the present. If this is the future of folk, we’re in good hands.”- POP MATTERS